The terminal has 240,000 mt stacking capacity. Reclaiming of the coal is carried out by a fleet of front end loaders utilising hoppers and conveyor systems transferring the coal to two ship loaders on the quayside. The terminal has a design throughput capacity of 5 million tonnes per year and has a vessel loading capacity of 2,400 metric tons per hour. 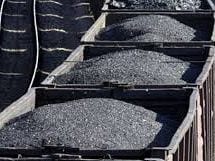 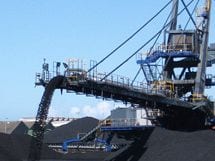