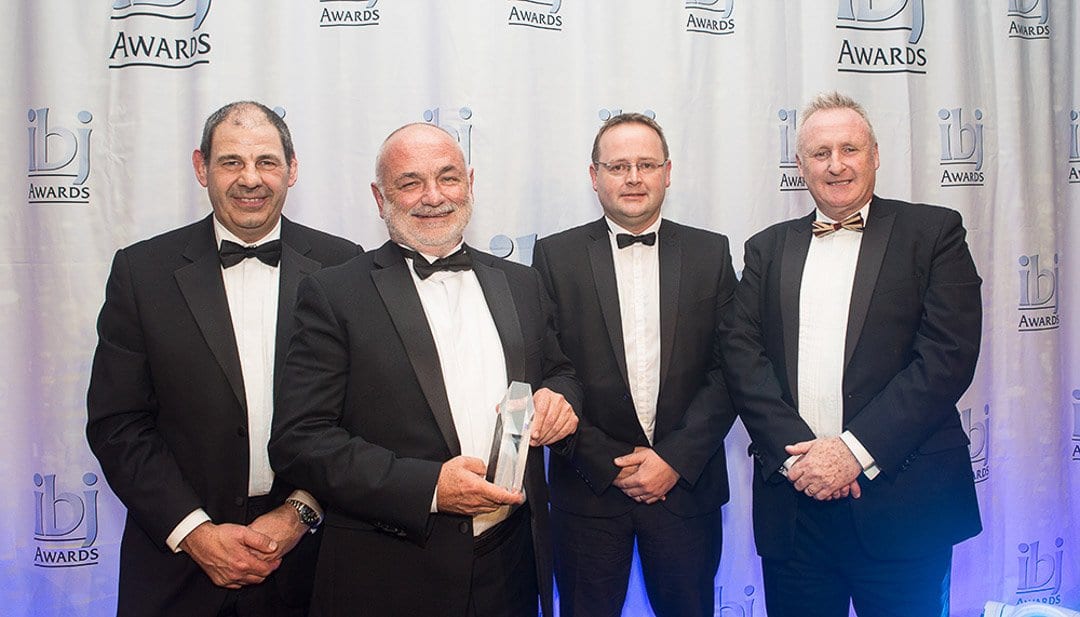 On Monday 21st November 2016 Nectar Group received their 4th IBJ award in 6 years. This year the company was recognised for its outstanding achievement for Nectar Sierra Leone Bulk Terminal which won the ‘Best Dry Bulk Port’ award at the IBJ awards ceremony which took place at the Tower of London.

‘IBJ Awards judges were impressed that since the Government of Sierra Leone awarded Nectar Group a licence to operate its Bulk Terminal in 2014, there has been substantial investment in new cargo handling equipment, storage facilities, cargo control, a terminal management system and training and knowledge transfer, resulting in improvements in all major areas of handling cargo.’

NSBT has been extremely busy since handover implementing entirely new systems and equipment including the full execution of a new digital terminal operation system, the introduction of port weighbridges, refurbishing the ports drainage system as well as purchasing mechanical cleaning equipment in the form of a road sweeper for the port. A new training facility to allow knowledge transfer and training (both theoretical and practical) has been completed during the summer. New cargo handling equipment includes a Terex 40mt Reachstacker, New Grabs, additional Bagging Equipment, Bobcats, Backhoe, Forklifts, Spreaders, and other specialist equipment.

This was all successfully achieved with the backdrop of the challenging circumstances of the deadly pandemic that was sweeping the region.

NSBT takes its role in the community very seriously. Recently it has partnered with “Street Child Sierra Leone” to sponsor 25 homeless children in the Cline Town area of the city by the port to get them off the streets and into long term education. It is hoped that this new partnership will grow as NSBT gets established.

Nectar Group Ltd. has had a presence in Freetown since October 1988 when they first assisted in bagging imported rice from bulk vessels. In doing so they reduced the costs of rice importation and introduced efficiencies. Since then the Company has developed globally with the introduction of the management of Bulk terminals being brought into their list of experiences.

SLNSC Ltd. has had over 30 years of experience in the Shipping, Clearing and Forwarding agency business in Sierra Leone. SLNSC has brought its reputation for customer service, logistics capabilities and high standards of shipping services to Sierra Leone. The company brings a vast amount of local knowledge and experience.

Dan is a director at blue 37. He thrives on business development and project management, as well as having a passion for productivity & marketing. He’s the founder of WP&UP, a registered charity that supports and promotes positive mental health within the WordPress community.